The Royals received on Mallorca: an Ibizan dress for a colorful reception

Charo Ruiz could not contain her excitement when, patiently waiting her turn to greet the Royals, she discovered that Queen Letizia was wearing one of her dresses. Her disguised jumps of joy gave her away. The Ibizan designer knew she had bought two of her designs but not that she was going to wear one yesterday. “It’s great, she looks radiant,” she confessed excitedly. “One hundred percent cotton vial fabric, prickly pear print in orange (there is one in black and blue). It’s not expensive but I can’t tell you the price right now. You can see it on the web. The dress she wore when she was on Ibiza was sold out”, she explained euphorically because “the dress is everywhere, everyone is going to talk about it”. 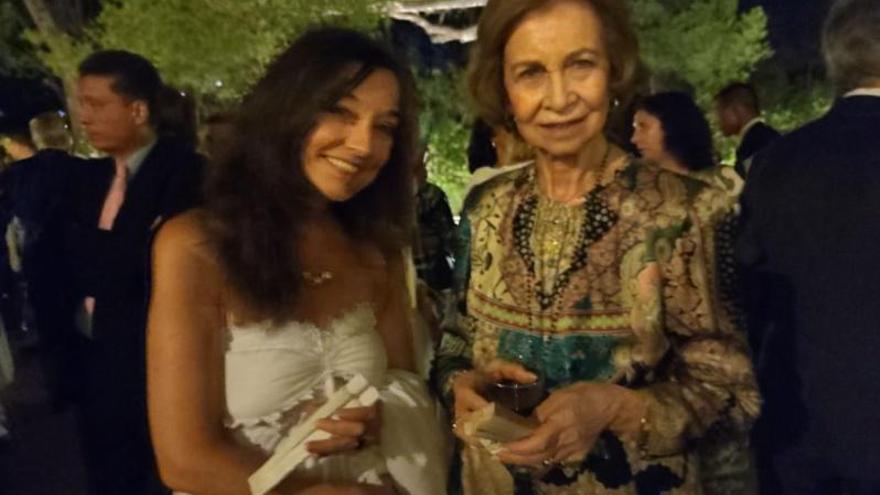 Lina Tur thanked Doña Sofia for her interest in music.

Yesterday was a night in which fashion was discussed, because there were many designers and entrepreneurs in the sector who accepted the royal invitation, including Patricia Monjo, from the Ibizan company Espardenyes Torres, one of whose designs the Queen wore in Valldemossa. 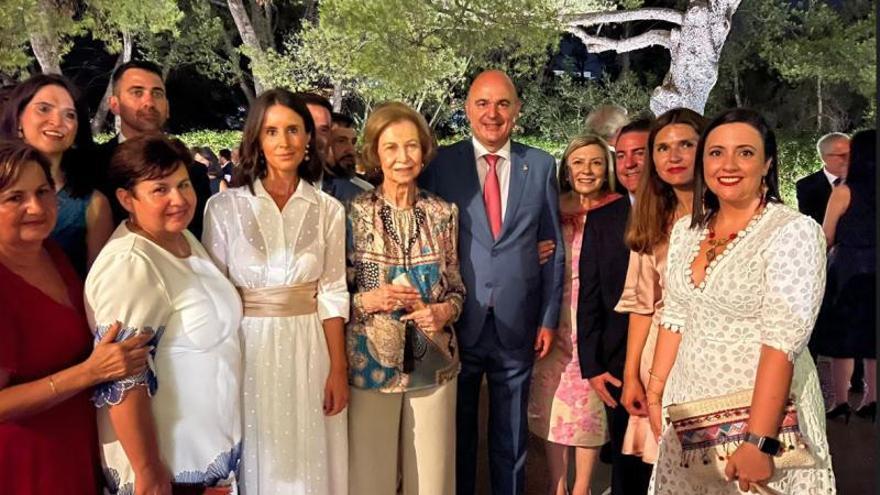 Representatives of Ibiza with Doña Sofía.

It’s great if this reception, cocktail or meeting, whatever you want to call it, serves to humanize royalty. At least, for the space of two hours they show themselves closer, they integrate in the improvised groups and even allow themselves to take informal selfies in what is contact with all the sectors of the islands.

The guest list this year was somewhat smaller than that of 2019. Two years of pandemic had prevented the event being organised with sufficient health guarantees, so this time and in a new venue, it became one of the great parties of the summer.

The first to parade before the Royals were the Balearic authorities. The president of the Government, Francina Armengol; and the president of the Parliament, Vicenç Thomàs; among many others. Representatives of Més and Podemo were not in attendance, except those with important institutional positions, such as Juan Pedro Yllanes, vice president of the Balearic Executive. Patricia Gómez, Minister of Health, was also present, but she was not accompanied by her husband, Juli Fuster.

Energy efficiency: Spanish household consumption at the forefront of efficiency in Europe