At the 30th anniversary of Woman magazine the 'top' Judit Mascó, Laura Sánchez, Verónica Blume and Martina Klein paraded, and also in attendence was Santiago Pedraz and his partner, Esther Doña, and María José Suárez accompanied by Álvaro Muñoz Escassi.

Gathering two hundred important guests, turning the gardens of Diario de Ibiza into a 30-meter catwalk which paraded the four top models that have marked the history of fashion in this country to the rhythm marked by the DJ Cristina Tosio. The 30th anniversary of Woman magazine, as well as an unforgettable event for the attendees, was a “dream come true” for Javier Moll, president of Prensa Ibérica: “For me, celebrating three decades of Woman magazine on Ibiza means that what was once a dream has finally become a reality. For me it has been a great satisfaction”. The catwalk is created and aims to be “annual or biannual”, a decision “that is pending” and whose objective, adds Moll, is to “promote the local industry”, such as Ibizan fashion: “It can be linked to Adlib, but we can extend the concept depending on the interests of the islands”.

Woman Magazine and Adlib in line

For the director of Woman magazine, Mayka Sánchez, who just yesterday celebrated her birthday, the fashion show had “a special meaning” because, in her opinion, “all Adlib designers have values that are very much in line with Woman magazine and with Prensa Ibérica, such as craftsmanship, something that is in the DNA of the editorial group, which is engraved with fire”. She also highlighted the fact that Judit Mascó, Martina Klein, Verónica Blume and Laura Sánchez were at the head of the fashion show: “The four “tops” are part of the history of Woman magazine. It is something very organic that they are with us today, like Cristina Tosio, who has also starred in editorials and covers for the magazine. They have worked so hard for us that they are now our friends”. The director wore an Adlib design by Vintage Ibiza yesterday: “It is a fashion that breathes creativity and freedom. And I like the fact that it is very well defended outside our borders, where it delights. We have to be very proud of our Spanish fashion. And in particular, of Adlib, which is the showcase of Ibiza and of the Spanish brand”. 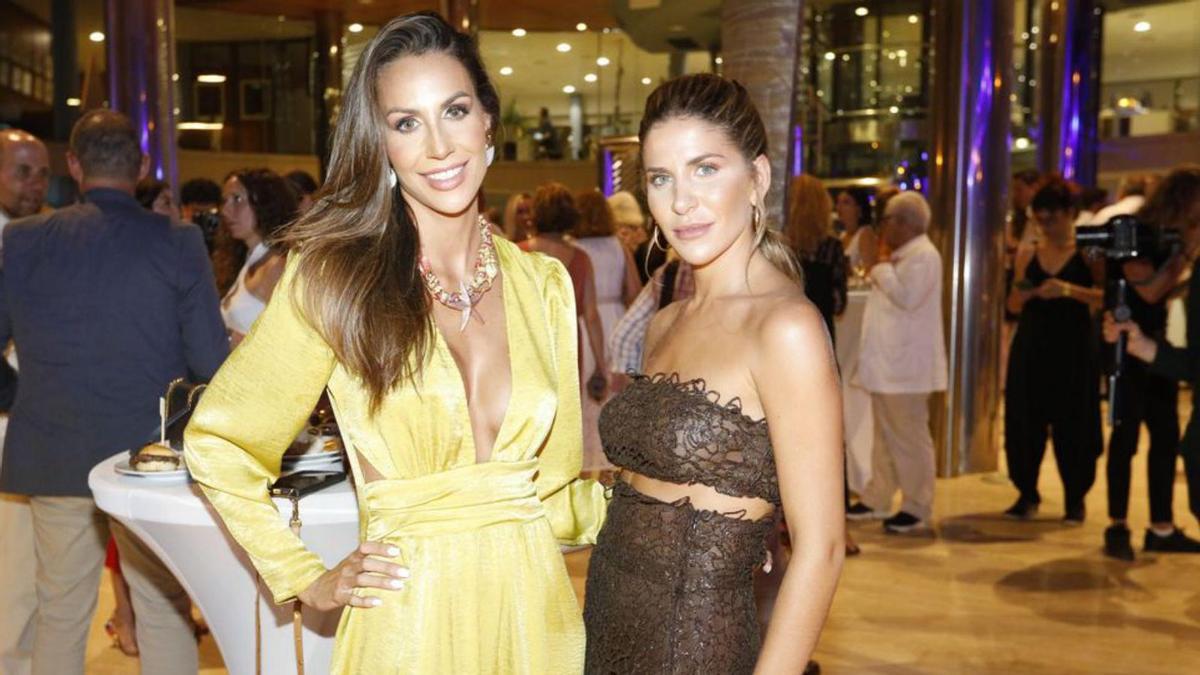 Martina Klein felt at home yesterday: “Ibiza is, for many years, the step before my vacations on Formentera. Setting foot on Ibiza means leaving all my problems behind”. The top paraded for the first time on the island a year ago: “In Dalt Vila, it was very special to be able to see the whole island at sunset”. For her, Adlib “has become synonymous with the ideal fashion to wear in summer: fresh, fun, beachy, optimistic…”. And besides feeling at home, she felt at ease, because Woman was the magazine that dedicated its first cover to her: “It was 30 years ago, the same time I’ve been in fashion. We have grown up together. It makes a lot of sense that I’m here today. For three decades we’ve worked hand in hand a lot.” As soon as she had a moment, she took a selfie with a very particular background: one of the giant covers of Woman (distributed along the entrance of Diario de Ibiza) where she was the protagonist years ago.

2022 World Cup: An Ibiza bar feels “morally obliged” not to broadcast the World Cup in Qatar